Dave Hagger's layout, Pavilion End, has flown the club flag at several exhibitions. Here is his account of its first time out at the Association of Model Railway Clubs Wales & West Of England exhibition at Thornbury 2-4 May 2014

Here it is then.
For its first outing, the transport and assembly was relatively trouble free.
We like to present our layouts well with proscenium arch and lighting

You can see we did have an unreliable fluorescent tube in the centre of the layout. Fortunately the offer on eBay was 4 for the price of 3 so I had a spare that got swopped in.
The Mogul is about to run round the Bset.
The coal train is ready to depart once the Bset arrives. If people are going to take shots from silly angles like this I'll have to put the brick paper on the embankment wall.
Here the works shunter is picking up wagons from the local goods train. The mirror at the far end under the bridge caused quite a bit of comment.
The Pannier tank and panelled autocoach are Lionheart products and very nice too.
The minimal local freight ready to depart. Need to get the ground signals in.
I'm definitely pleased with the overall effect.
Paul and Steve operating. The old Lenz controllers were perhaps not the best.
And Rob hard at work in the Fiddle Yard.
Yard man's view of proceedings.
If you build your own trackwork you'll be familiar with flangeways and them being one of the critical dimensions. Well, we were a bit tight for space between our layout and the next one and the flangeway in the picture below was the critical dimension. To get to the front of the layout it was either match this dimension or walk all the way around. 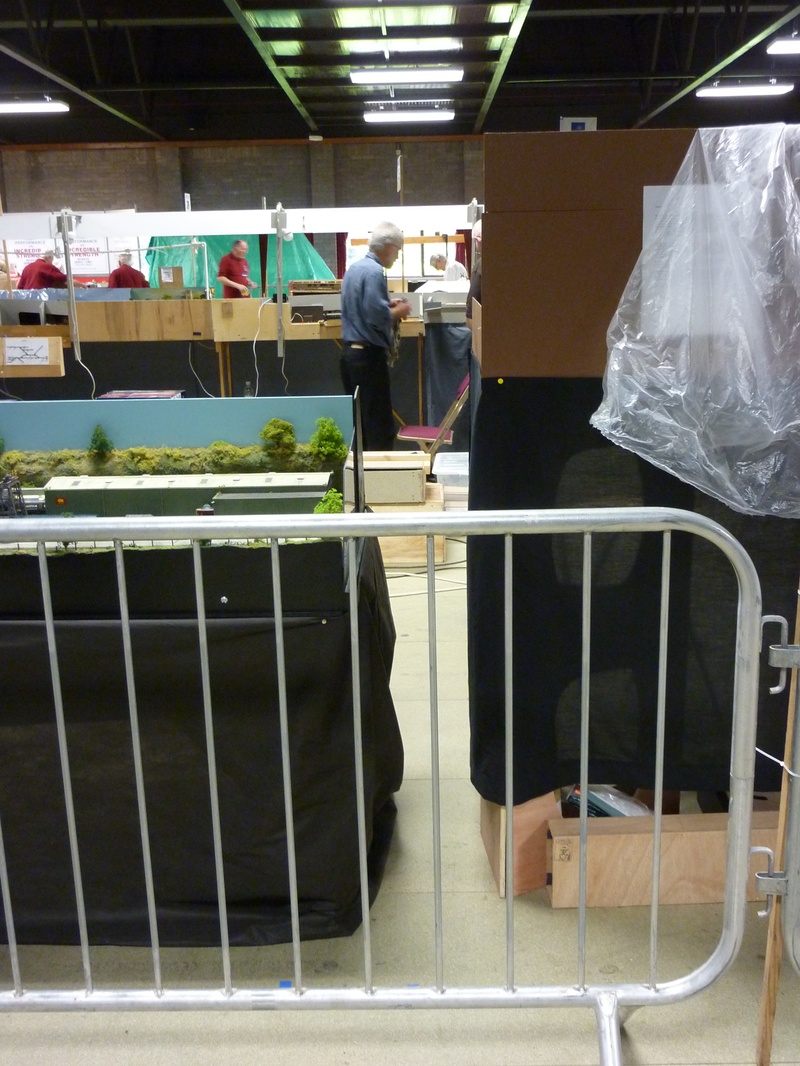 Details of the layout for Exhibition Managers can be found here.